A gem-set tiger head finial that graced an Indian sultan’s throne more than 200 years ago is one of the 60 rare and spectacular bejeweled items on exhibit at the Metropolitan Museum of Art in New York City. “Treasures from India: Jewels from the Al-Thani Collection” opened on Tuesday and will run through January 25, 2015. 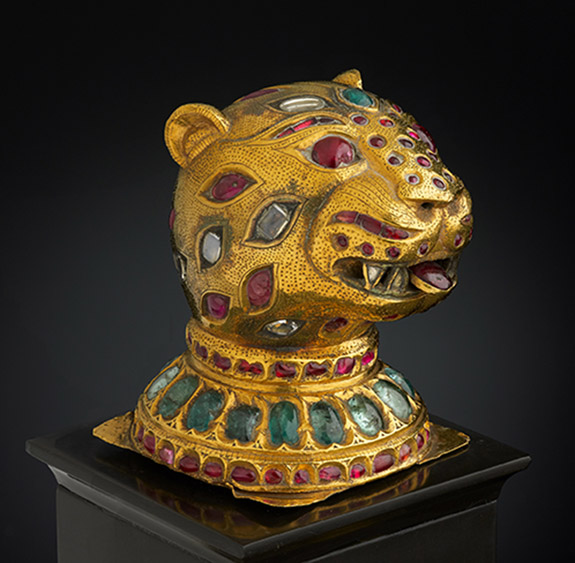 As the title of the exhibition reveals, the objects on display are from the private collection of Qatar’s Sheikh Hamad bin Abdullah Al-Thani. They represent historical works spanning more than 300 years and provide a glimpse into the evolving styles of the jeweled arts in India from the Mughal period of the 17th century until the early 20th century.

One of the most fascinating items in the collection is the tiger head finial from the throne of Tipu Sultan (ca. 1790). The cabochon diamonds, rubies and emeralds of the elaborate finial are mounted in a traditional kundan setting, where the stones are encased into gold, rather than secured by prongs. 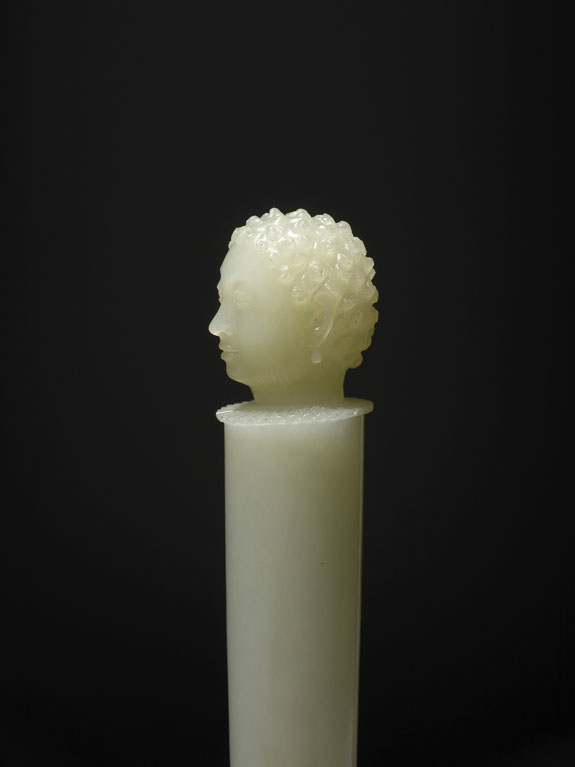 A second very rare piece is a jade dagger from the early 1600s that was owned by two emperors. The hilt was made for Jahangir and it was re-bladed for his son, Shah Jahan, who built the Taj Mahal. During the 1800s, the dagger was owned by Samuel Morse, inventor of the Morse Code.

The piece shown above is an elaborate platinum aigrette (decorative pin) that has its origins in the artisan workshops of France. Highlighted by a large emerald — carved in India between 1850 and 1900 — and set with sapphires, diamonds and pearls, the piece was designed by Paul Iribe and executed in 1910 by Robert Linzeler. It is 3-5/8 inches tall (9 cm), 2-1/4 inches wide (5.6 cm) and 5/8 inches deep (1.5 cm).

The “Treasures from India” exhibition is housed within the Metropolitan Museum's Islamic art galleries, adjacent to the Museum's own collection of Mughal-period art.

"It is with great delight that we present to the public this selection of works representing several centuries of tradition and craftsmanship in the jeweled arts from India's Mughal workshops to the ateliers of Paris," said Thomas Campbell, director and CEO of the Metropolitan Museum.