Music Friday: 'Diamonds Are a Girl's Best Friend' — Especially When They Weigh 1,111 Carats!

Welcome to a very special edition of Music Friday. Today, we celebrate the amazing discovery of a 1,111-carat rough diamond — the largest gem-quality diamond recovered in more than 100 years — with the most iconic "diamond" song of all time, "Diamonds Are a Girl's Best Friend." Joining us in the musical tribute to the amazing gem is the equally spectacular Marilyn Monroe. 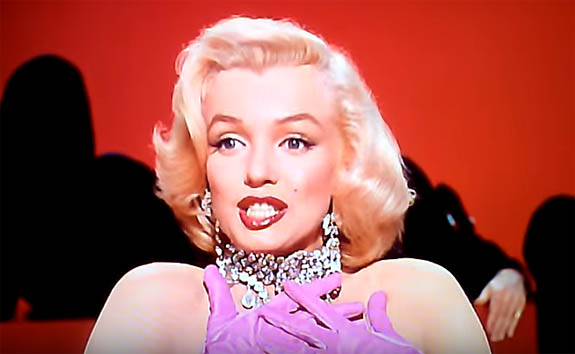 But first, here's the scoop about the diamond...

Second in size only to the Cullinan diamond, which was discovered in 1905 and weighed 3,106.75 carats, the 1,111-carat Type IIa diamond extracted from Lucara's Karowe Mine in Botswana is about the size of a tennis ball and weighs nearly a half pound. It's rated Type IIa, the most chemically pure of all diamond types.

While the Cullinan diamond was subsequently cut into nine major stones and 96 smaller ones, the fate of the Lucara find has yet to be determined. Typically, diamond companies would use computerized scanning technology to determine how to divide the stone to yield the most profitable outcome. The 1,111-carat gem is reportedly too big for Lucara's scanner, so it will have to be transported to Antwerp, where larger equipment is available. 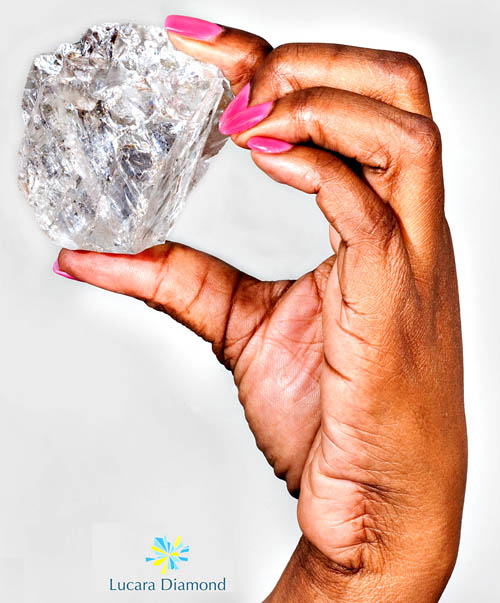 Experts were hard-pressed to guess what a stone of this size could be worth. In July, Lucara sold a 341.9-carat Type IIa rough diamond for $20.6 million. The latest find is more than three times that size. Lucara is likely to sell the stone at a tender in Botswana in the first half of 2016, but the cutting, polishing and sale of the final yield could take years, according to experts.

In other strokes of good luck for Lucara, the mining company announced it discovered two other enormous diamonds at the Karowe Mine, one weighing 813 carats and the second weighing 374 carats.

An iconic member of our Music Friday list, “Diamonds Are Girl’s Best Friend” was introduced to America via the 1949 Broadway debut of the musical Gentlemen Prefer Blondes. The original singer was Carol Channing, but it’s Marilyn Monroe’s sultrier version (even if it does have a little dubbing of high notes) from the 1953 movie version that garnered the most attention and the most imitators.

Singers from Lena Horne to Christina Aguilera have covered the song. Madonna’s “Material Girl,” a song of similar sentiments, prompted a video that parodied Monroe’s scene from the movie. Since music lovers of any age can at least hum a few bars, it’s no wonder the American Film Institute named this the 12th most important film song of all time.

Check out Monroe's iconic performance of "Diamonds Are a Girl's Best Friend" in the video below. Here are the lyrics if you'd like to sing along...

The French are glad to die for love.
They delight in fighting duels
But I prefer a man who lives
And gives expensive jewels.
A kiss on the hand
May be quite continental,
But diamonds are a girl's best friend.

A kiss may be grand
But it won't pay the rental
On your humble flat
Or help you at the automat.

Men grow cold
As girls grow old,
And we all lose our charms in the end.

But square-cut or pear-shaped,
These rocks don't lose their shape.
Diamonds are a girl's best friend.

Tiffany's!
Cartier!
Black Starr!
Frost Gormham!
Talk to me Harry Winston.
Tell me all about it!

There may come a time
When a lass needs a lawyer,
But diamonds are a girl's best friend.

There may come a time
When a hard-boiled employer
Thinks you're awful nice,
But get that ice or else no dice.

He's your guy
When stocks are high,
But beware when they start to descend.

It's then that those louses
Go back to their spouses.
Diamonds are a girl's best friend.

I've heard of affairs
That are strictly platonic,
But diamonds are a girl's best friend.

And I think affairs
That you must keep Masonic
Are better bets
If little pets get big baguettes.

Time rolls on,
And youth is gone,
And you can't straighten up when you bend.

But stiff back
Or stiff knees,
You stand straight at Tiffany's.

Diamonds! Diamonds!
I don't mean rhinestones!
But diamonds are a girl's best friend.